We’ve made it! The Roslyn-based “Caravela” can now implement INotifyPropertyChanged and aspect-oriented way and you can try it in your browser. But watch out! You can run with a knife that’s in preview, but not in production code.

If you haven’t heard from us for three months, it’s because we have been badly hit by the COVID/lockdown mess in April. We’re now working with a smaller team, have more energy than ever, and we have chosen to focus it on our top priority: code, not words.

Whereas the first preview, announced six months ago, was merely a proof of concept, the current preview is built on the final architecture of the product. It implements the most useful aspect-oriented features and a large part of the C# language. As an early preview, however, it is still unsuitable for production use. The most noticeable gap is the lack of support for async methods and the poor handling of warnings, including nullability warnings. Caravela still does not cover all the features of the “old” PostSharp, so if you’re excited to port your aspects to the new stack – wait.

That said, Caravela is already a wonderful playground. It already implements a load of feature.

There are a lot of features here and illustrating them all would be long, so I invite you to follow these links to see examples and explanations.

Here is an aspect that implements INotifyPropertyChanged and intercepts all property setters. Try it in your browser. You will get meta syntax highlighting as a bonus.

Creating live templates, i.e. complex code transformations, like aspects, but that are executed from the lightbulb menu in the editor and applied to your source code.

Here is an example: 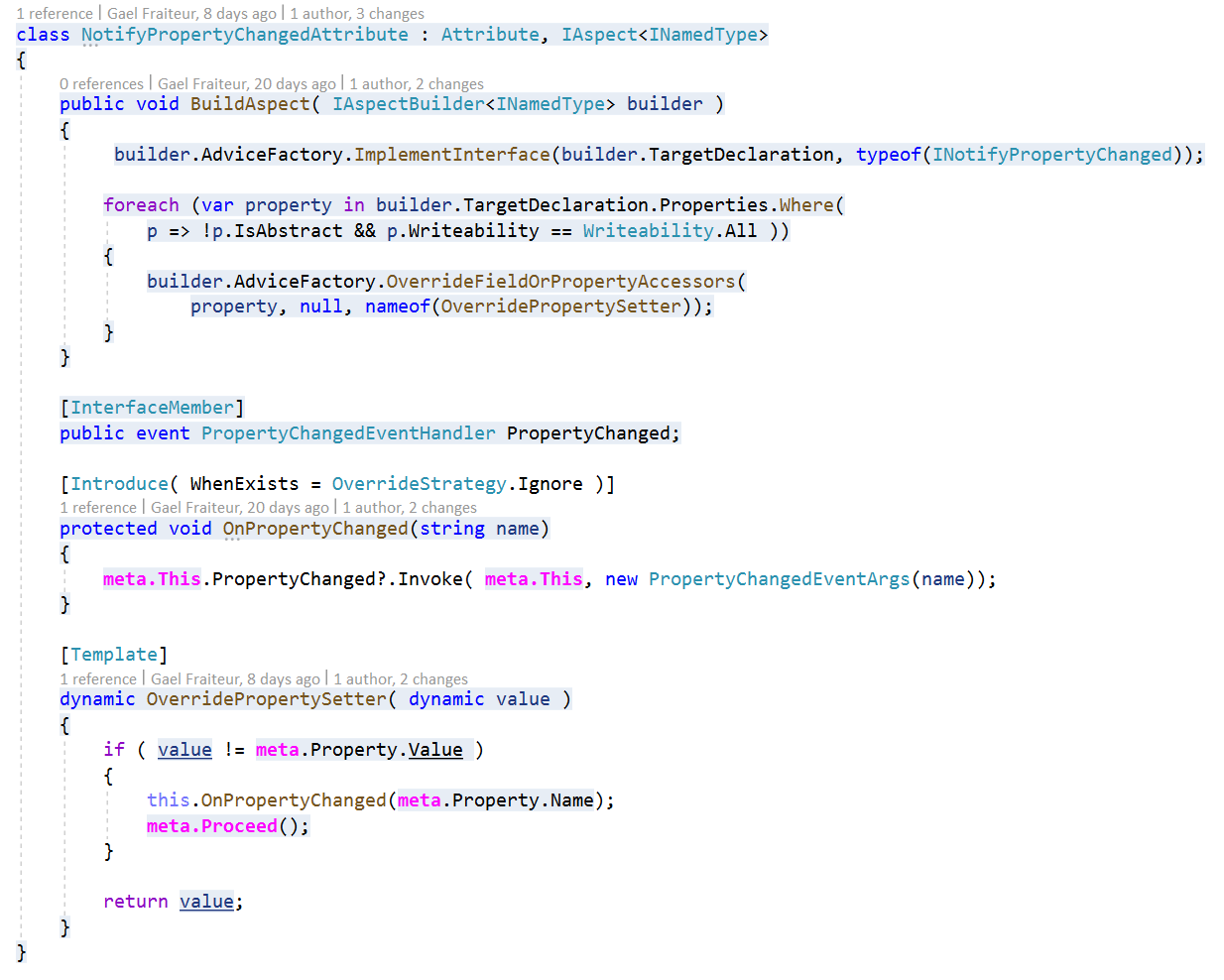 We have reached an important milestone with PostSharp “Caravela”. We are now working on stabilizing the product and continuing to build the most important features. Until it’s done, we will continue focusing and code instead of words.

For feedback and questions, please use our GitHub discussion board.